Description of the bear

The brown bear's fur is very thick, which gives its body a round impression. The bear's ears are small and round yet clearly distinguishable. The colour of the bear varies from black-brown to yellow-brown.

The bear is the largest predator in Finland 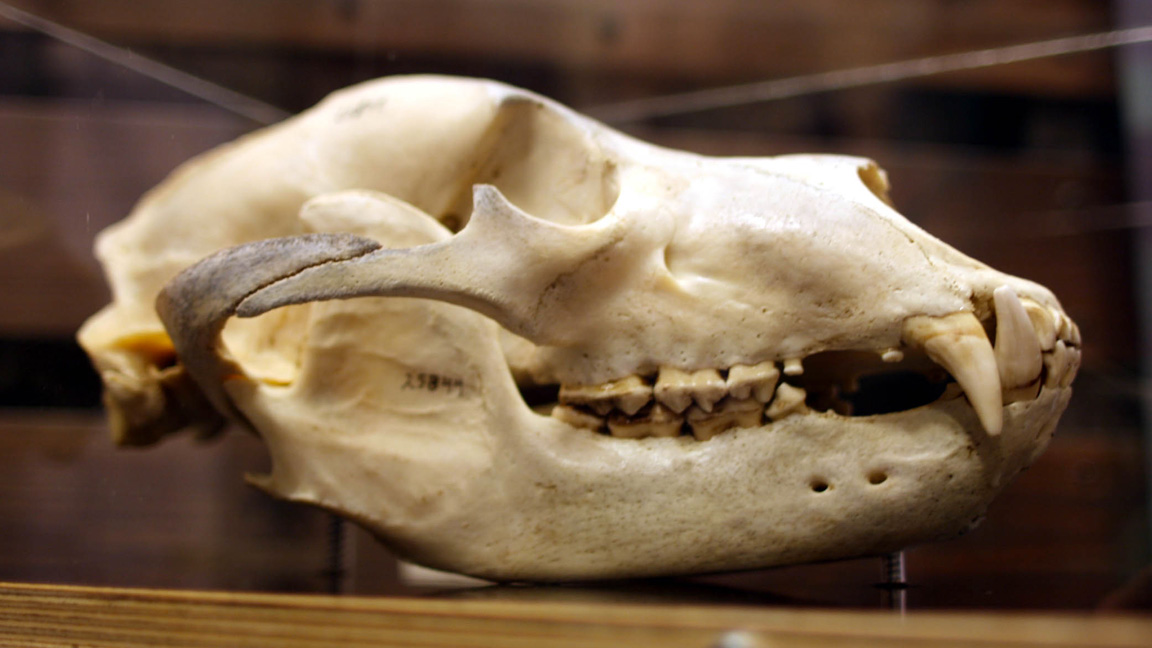 The bear's long snout, which houses the olfactory epithelium, is indicative of its highly evolved sense of smell. The bear's eyesight is poor and its eyes are relatively small.

The structure of the bear's teeth speaks volumes about its diverse diet. The canines are long and strong, which allows the bear to hold and kill its prey. Only a quarter of the bear's diet consists of meat, so its carnassial teeth are relatively small when compared to other large carnivores. The bear's molars with their wide and bumpy surfaces are better suited for grinding vegetable food than cutting meat. The wide zygomatic arch is indicative of a well-developed muscle between the arch and the lower jaw, which enables a powerful sideways grinding motion between the upper and lower jaws.

The bone ridges at the back of the skull facilitate the attachment of powerful neck muscles. This allows the bear to move even large prey animals around for later consumption.