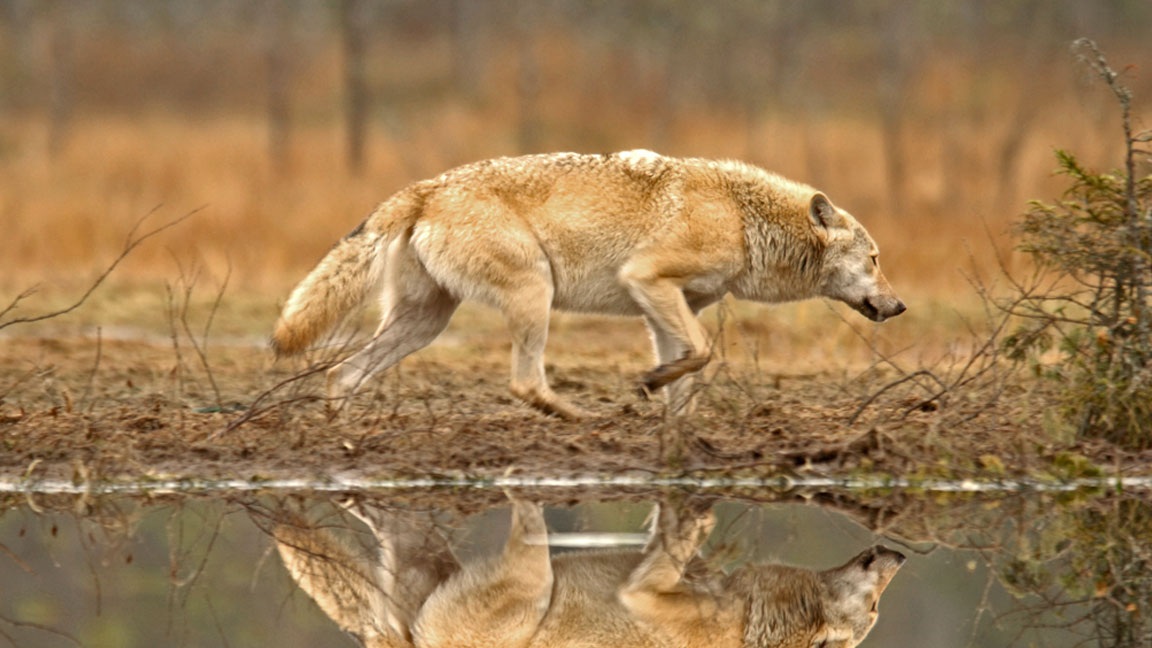 Moose is the number one big game species among Nordic hunters, and the volume of moose meat consumed by humans is multifold compared to other game. Moose hunting also has remarkable socio-cultural meanings for local communities. Due to low population densities, moose was last year virtually protected from hunting within 8 500 km2 area in the province of North Karelia in Finland, fueling particularly hunter displeasure and frustration.

Large carnivores may have a major impact on moose population densities. A high density bear population may decrease moose calf production by >20%. In wolf pack territories with no substantial alternative prey species, such as white-tailed deer and reindeer, 25–50% of the annual increase of moose population may be taken by wolves, depending on territory size, pack size and local moose density.

A predator pit entails a situation where predation regulates a prey population at constantly low densities. That is, the consumption of prey by predators increases whenever prey populations begin to increase. The precondition for a predator pit to emerge is that more than one predator species share the same low density prey population, and that alternative prey species exist for the predators. With moose this concept traces some decades back to Southern Alaska where abundant populations of wolves, brown bear and black bears shared locally sparse moose population. This seems to presently hold true also with predation on moose in North Karelia.

It is, however, very unlikely that the low moose density of this region would sustain a high number of wolves for an extended period of time due to the absence of alternative ungulate prey. Furthermore, while wolves are more or less dependent on moose for food, moose do not have a big impact on its consumption rates by the omnivorous bear. The absence of alternative prey for the wolf may weaken the potential for its regulatory impact on moose and thus the emergence of a predator pit. Without alternative prey, wolf numbers will eventually decrease with decreasing moose population size.

The third consumer of moose, human being, has tools to regulate the abundance of both moose and its predators. An ideal eco-socio-economical management solution for moose populations in Northern Karelia would involve minimizing moose damage to forestry and road accidents, while maintaining sufficient numbers of moose for both man and carnivores. Unfortunately, such an ideal is not easy to achieve in easternmost Finland where abundant large carnivore populations are shared with northwestern Russia.

The Ministry of Agriculture and Forestry has adopted the updated Management Plan for the Lynx Population in Finland and confirmed the hunting quota for lynx for the period 2021–2022. The management plan is a key element of the policy on large carnivores and management of their populations.