The wolf is a sizeable wild animal and large carnivore and you should remain calm and fearless when coming face to face with one. A rabid wolf or a wolf that is put on the defensive may harm a human, but this has not happened in Finland since the late 19th century. 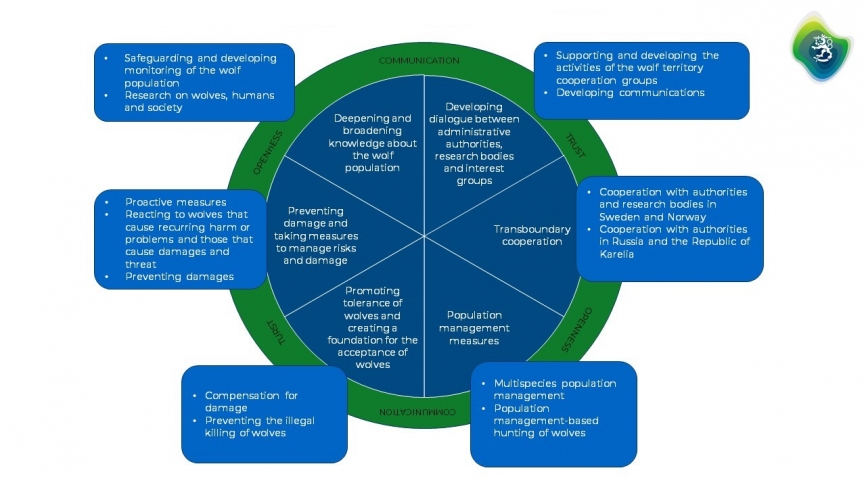 Occasionally large carnivores cause damages to domestic animals. Livestock and hunting dogs are the most common targets. However, a significant portion of large carnivore damages may be avoided with the right kind of preventive measures.

A large carnivore that causes damage, repeatedly acts in a problematic manner or ventures into a populated area must always be reported to the emergency exchange (tel: 112). The primary aim is to scare the predator away from coming too close to populated areas. The animal is only put down if it is b...

Wolf (Canis lupus) The wolf is the largest canine living in the wild. Out of all the northern predators, the wolf is the most social species that prefers to live in packs formed by family units. Wolves communicate with each other via postures, gestures, facial expressions, scent marks and howling. R...